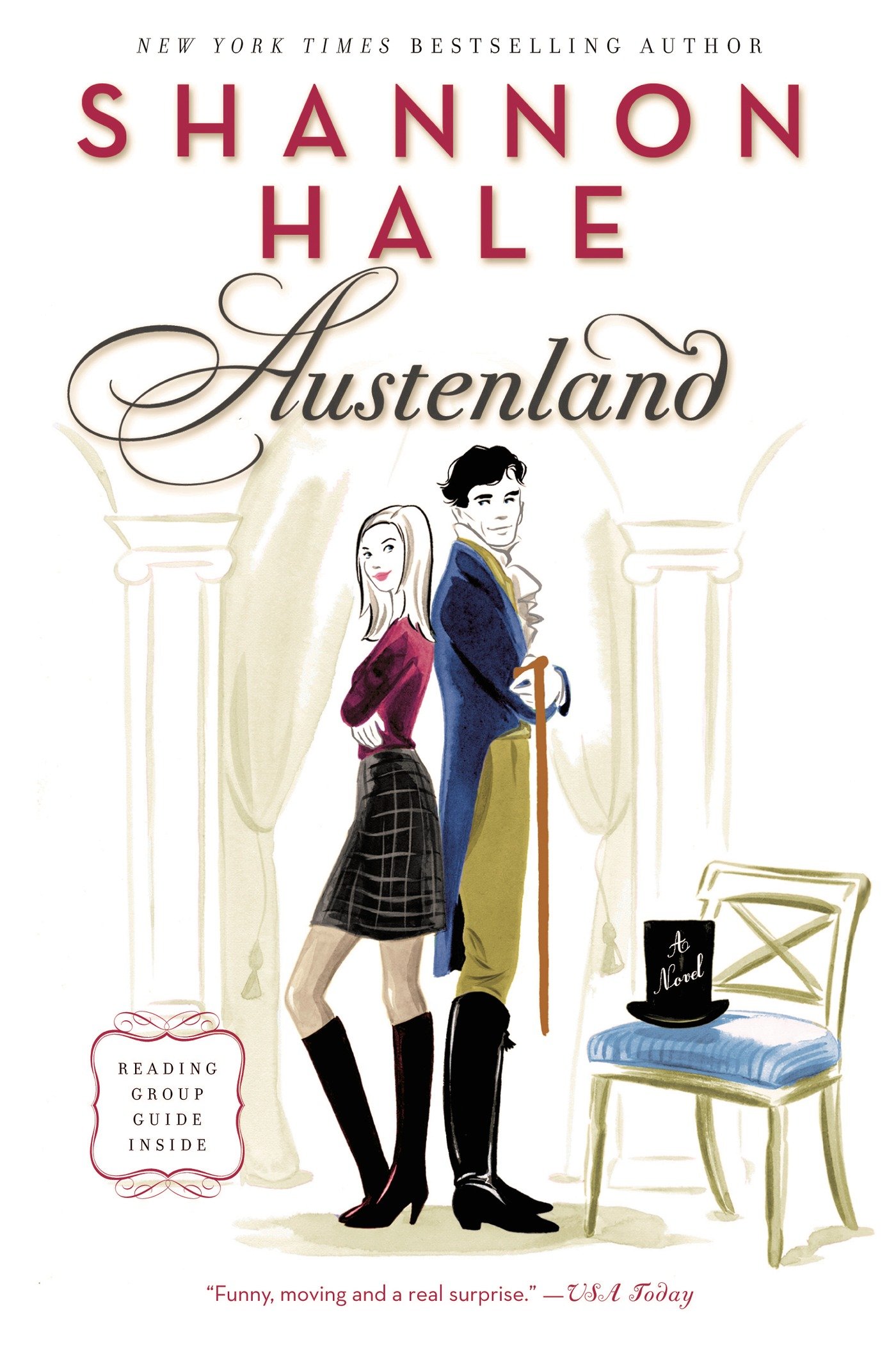 Synopsis According to Goodreads

Jane is a young New York woman who can never seem to find the right man—perhaps because of her secret obsession with Mr. Darcy, as played by Colin Firth in the BBC adaptation of Pride and Prejudice. When a wealthy relative bequeaths her a trip to an English resort catering to Austen-obsessed women, however, Jane’s fantasies of meeting the perfect Regency-era gentleman suddenly become more real than she ever could have imagined. Is this total immersion in a fake Austenland enough to make Jane kick the Austen obsession for good, or could all her dreams actually culminate in a Mr. Darcy of her own?

What I Thought of the Book Austenland

I had concerns that Austenland would be hard to get into as I started reading through it, but after only a few pages I started relating to the character.  While I think it was silly how she was hiding her DVDs in shame (it’s just a show-duh!) I could definitely relate to her trouble with men-which made her instantly understandable.  Unfortunately I can also relate to the point of the story where she sets herself up for failure due to being in love with Mr.Darcy.  It’s a perfect metaphor for romance novels and rom-coms setting us up for failure because people never quite measure up to the fictional characters in our hearts and heads.

If I’m honest, following Jane’s adventure through Austenland was a little bit dull.  There were lots of parts where I was just waiting for the author to get to the point with that particular scene.  However, it may have been that they were dull for the character as well as she seems to have been bored several times throughout the tale.  This does portray how someone from today’s society going back in time and living in an era where you just played cards and sat about all day in your bonnet would be incredibly dull-so perhaps the dull reading was the point!

All in all it was an okay read.  I was really upset with the end-as it seems like everything was going exactly the way it should be for her to be a fierce and independent woman-and then BAM. Cliché ending.  Boo.  Though I do understand some of my own bias (and perhaps bitterness) might get in the way of how I felt about that.  The book still gets a good 4 stars for me.  I liked it, even if I didn’t love it.

What I thought of the Movie Austenland

When I explained the premise of this movie with my roommate, he refused to watch it with me.  After the first ten minutes of the show I was fairly sure he’d had the right idea-those ten minutes were horrible.  I’m not typically someone to complain about a movie not being like the book (I can generally keep them pretty separate) but in this case they changed the basis of her character and I didn’t like it one bit.  Instead of being the slightly bitter single female she had been in the book, she became this desperate woman who had a teenage like obsession with all things Jane Austen.  It was kind of disgusting how they made her so weak in the movie-and I almost didn’t finish it.

However, I wanted to write this review, so after a week of putting it off I opened the film back up and finished it.  Luckily, it got better than those first few moments indicated and I actually enjoyed a few parts.  I feel like the ending was a bit more believable in the movie than the book, but overall it was too cheesy and the characters were unbelievably portrayed and I’ll probably never watch it again.  If I could give you any recommendation, it is read the book but forgo the movie.