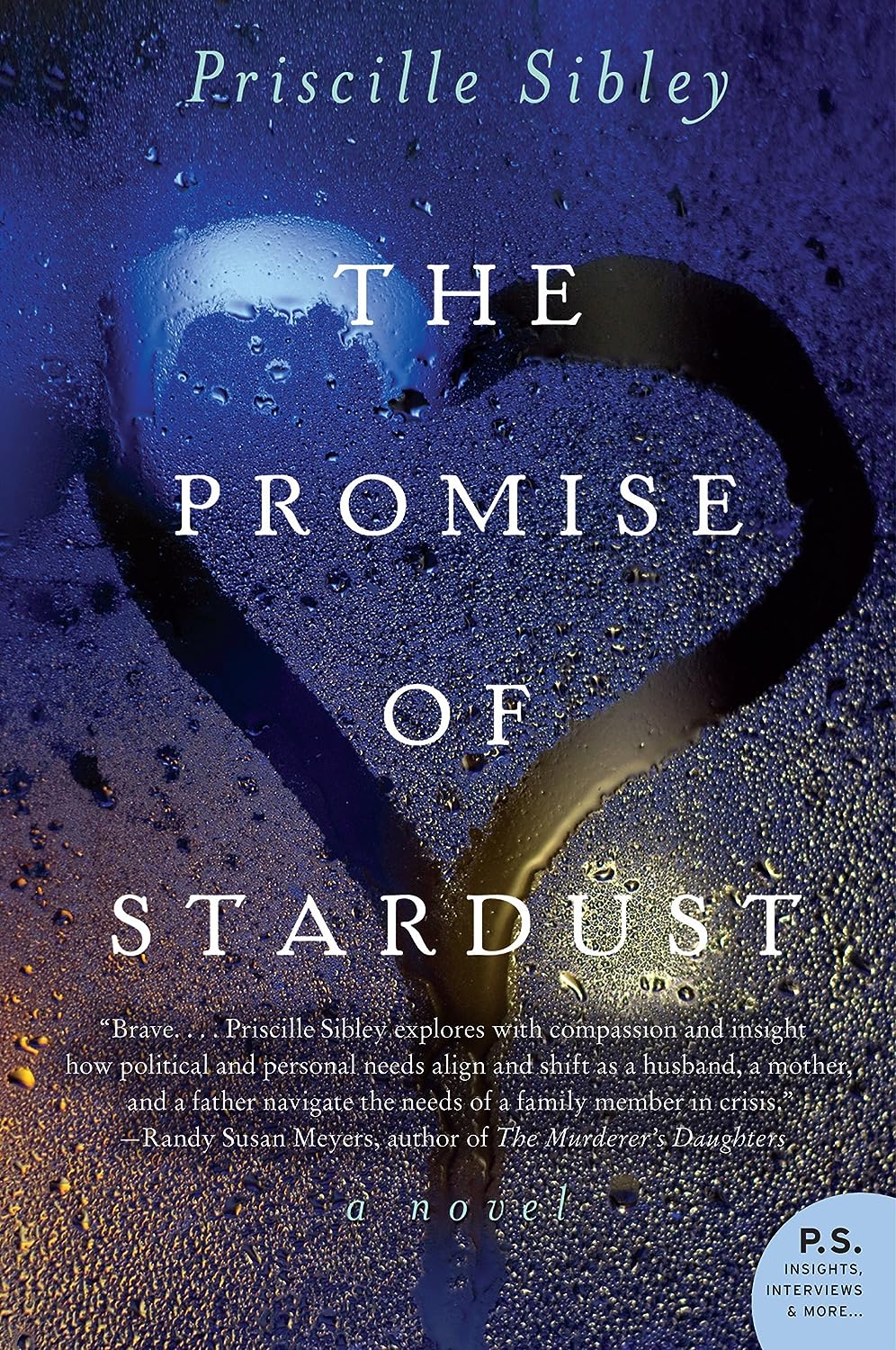 Synopsis According to Goodreads:

Filled with grace, sensitivity and compassion, The Promise of Stardust is an emotionally resonant and thought-provoking tale that raises profound questions about life and death, faith and medicine, and illuminates the power of love to divide and heal a family in the wake of unexpected tragedy

Matt Beaulieu was two years old the first time he held Elle McClure in his arms, seventeen when he first kissed her under a sky filled with shooting stars, and thirty-three when he convinced her to marry him. Now in their late 30s, the deeply devoted couple has everything-except the baby they’ve always wanted.

When an accident leaves Elle brain dead, Matt is devastated. Though he cannot bear the thought of life without her, he knows Elle was afraid of only one thing-a slow death. And so, Matt resolves to take her off life support.
But Matt changes his mind when they discover Elle’s pregnant. While there are no certainties, the baby might survive if Elle remains on life support. Matt’s mother, Linney, disagrees with his decision. She loves Elle, too, and insists that Elle would never want to be kept alive on machines. Linney is prepared to fight her son in court-armed with Elle’s living will.

Divided by the love they share, Matt and Linney will be pitted against each other, fighting for what they believe is right, and what they think Elle would have wanted resulting in a controversial legal battle that will ultimately go beyond one family . . . and one single life.

What I Thought of The Promise of Stardust

I received this book as a gift and was unsure that I would get into it from the description. Still, I decided to give it a try and man-am I glad I did. Big events happen within the first few pages, and after the first couple of chapters I was enthralled with the story. This story is a heart-wrenching tale of love and grief, and the author portrays her character’s emotions very well. The characters feel real-they aren’t written with crazy pretenses or flowered up to seem super-human. They just feel human, which ultimately allows them to be related to better. It allows you to sympathize and ache for them.

It’s really interesting to watch the relationships that form and fall apart as the story goes through. Each character is stricken with their own form of grief, and each character has their own ideas about what should be happening. The discussions, arguments, and breaking that ensues due to the court battle and different beliefs about end of life care.

This book is very well written and involved-a fact which caused me to become very invested in the characters and where the story was going. I’d highly recommend it.