Hello readers!  Today I’m very excited to bring you a guest post from the lovely Nina of The Grand Adventures of Me.  Nina won two awards in my 2015 Best of Blog Awards-one for funniest post and one for this post she’s about to share with you, which won for Best Post overall.  It’s a fantastic post, with an awesome message I agree with-so check it out! For one thing, Renassiance painters looooved naked woman. Actually, any man at any given era loves a naked woman. But look at this woman. She has small breasts, a rotund stomach, a fleshy pubic area, and thick thighs. This was beauty back then. If you were a hefty woman, that meant you were wealthy and could afford to eat. This woman is beautiful.

Lets jump a couple hundred years and look at the ideal image of beauty in the 1960’s. 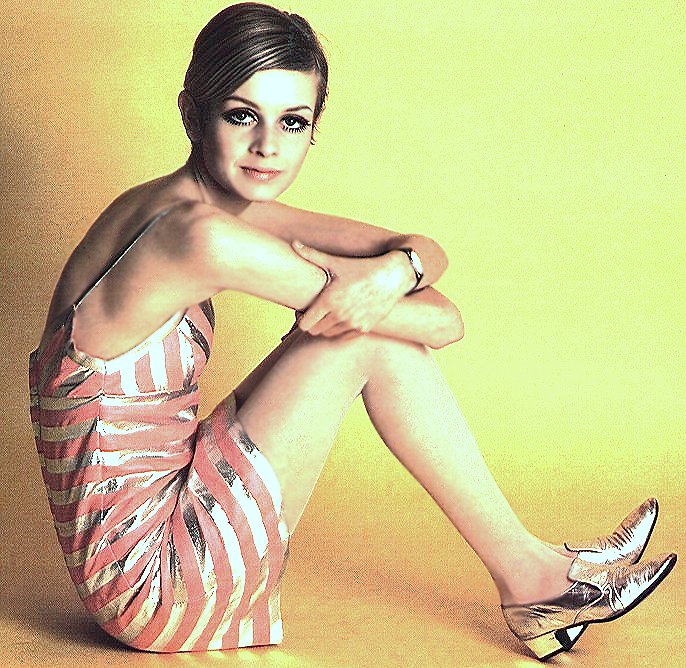 I’m pretty sure Twiggy got her name because she was skinny as a twig. Or did that statement derive from Twiggy – “you’re as skinny as a twig.” Which came first, the chicken or the egg? From what I gather, in the 60’s this was portrayed as the ideal image of beauty, which is laughable because it’s near impossible for anyone to get to be this size without starving themselves. That is not to say, though, that is is impossible, because I do have friends with a very tiny frame, and small bones and they’re this thin. They just are.

What I love about living in this day and time is that even though we are constantly bombarded by the media, we are given so many opportunities to become critical thinkers – active participants in what is going on around us. If I’m going to be honest, though, I’m hardly an active listener, or viewer, or reader. My mom, my sister, and my boyfriend all point out the type of music I listen to has an atrocious message. How can I stand such filth? My mom asks. I can listen to Wiggle (Jason Derulo & Snoop Dogg) without remorse because I’m not actively thinking about what I’m listening to. All I hear is a good beat that I want to run to, or dance to. But here’s my problem, by not actively listening to what I hear, then I’m allowing myself to take in the words without processing it. Instead, I just wiggle wiggle wiggle.

(I promise, I’m getting to my point. English major probz. We like to be wordy.)

So you all know that song Anaconda by Nicki Minaj? Great little diddy. I love me some Sir Mix A Lot, and I most definitely got up and rapped Baby Got Back at a karaoke bar on my birthday. And, sad to say, I find Nicki Minaj catchy. The song in itself really is terrible, but there is a part that they don’t play on the radio because it’s dumb and annoying and serves no purpose (much like the rest of that song, but whatever.) In the very end as the music is fading, Nicki Minaj says “Oh you knkow he love this fat *ss” *her creepy laugh* and then she says “f— them skinny b*tches” in the club.” And I was astounded!

First of all, I am a skinny girl, and I do not appreciate when girls with bigger butts put it in my face. I wouldn’t mind if my butt was bigger, quite frankly. But I don’t care if another lady has more booty in the pants than I do, because she evidently likes red beans and rice more than I do, and maybe that’s how her body is built! But I do care whenever heavier girls skinny shame us skinnier girls.

So Meghan Trainor is pretty popular right now with All About that Bass. I’m all about that bass too; I love to dance. I think the great thing about Meghan Trainor right now is that she accepts her body type, and encourages other girls to do the same, if they have curves. According to Trainor, thicker women are more beautiful because her momma told her that “boys like to hold a little more booty at night.” Without getting into the whole psychology of the truth that men do prefer a significant hip to waist ratio, What Trainor says is somewhat true. But that isn’t to say that a man isn’t going to love his girlfriend who has a serious case of “no-ass-at-all” (which boys in high school accused me of having. It’s a wonder I had a boyfriend since my butt was so small.) I agree with Trainor in that we as women are so prone to shaming our bodies because they don’t match what we see on TV, and that we need to know that “every inch of you is perfect from the bottom to the top.”

Here’s my problem. Several of Trainor’s lyrics go like this:

My main problem is when Trainor says,

“I’m bringing booty back
Go ahead and tell them skinny b*tches, Hey
No I’m just playing”

WHAT. Why is this okay?! She says it like a Freudian slip. Yeah she may be just playing, but she still said what she said. She partially believes what she said. Can’t we just leave the skinny women alone? Even furthermore, can we as women agree that it is inappropriate and degrading to call each other “the b word?” It’s enough that we allow men to refer to us as such, but why can’t we stand together as ladies, and act like ladies without the hateful name calling, no matter the size?!

Trainor is skinny shaming. Average or overweight women should not be allowed to skinny shame. Sometimes skinny girls can’t help it. Some women have high metabolism and still eat a ton. And some women, yes, do have eating disorders. And that is tragic and terrible and we should do something about that. But telling a girl that she looks like she’s from the Holocaust is not only rude, but highly insensitive and inappropriate to the people who actually were in the Holocaust. And asking a girl if she is anorexic is not only rude, but insensitive towards the girls who really do struggle with an eating disorder.

And likewise, skinny girls shouldn’t fat shame. They shouldn’t look at women who are bigger than themselves and point out how much they eat or if they are unhealthy. Like skinny girls, bigger girls are fully aware of their size. We all have mirrors. We know what we look like. And no matter what we look like, having the confidence to look in the mirror and say “I am beautiful, because I am loved, and I am fearfully and wonderfully made” is what truly makes us beautiful. And this is beautiful. Let’s love our bodies. And let’s love each other, because you really are perfect from the bottom to the top.